Home / The Essential Differences Between The Most Common Central Heating Systems 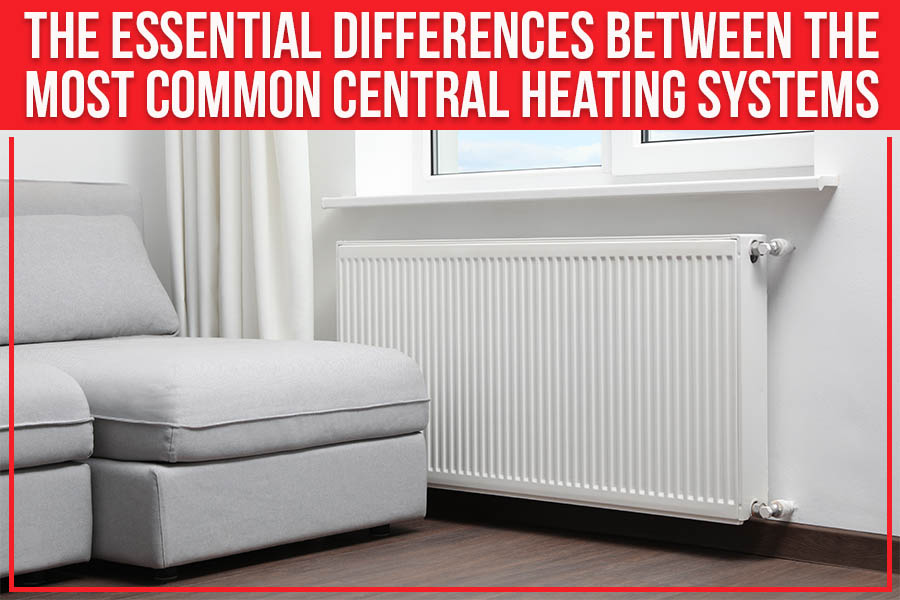 The Essential Differences Between The Most Common Central Heating Systems

Keeping a comfortable temperature inside buildings is essential for the well-being of occupants. This is especially important in places where people congregate, such as offices, schools, and hospitals. Central air and forced air are standard systems used to achieve this goal.

Central air systems work by circulating air throughout a building using a system of ducts. The air is cooled or heated by a central unit before being distributed. Forced air systems also use ducts to circulate air, but the difference is that each room has its heating or cooling unit.

In this blog post, Daigle Plumbing Heating & Cooling will discuss those differences so you can decide which system is best for your home.

What Are Central Heating Systems?

What Is a Forced Air System?

A forced air system is any device that warms air using ductwork, including a furnace or heat pump. Anything that forces air via ducts and vents may be said to be a forced air system. The ductwork in these systems carries the heated or cooled air to different rooms in your house.

This is generally accomplished using a blower, a device that helps move the air through the ducts.

What Is a Central Air System?

Central air conditioning is a system that removes warm air from your living spaces and replaces it with cool air that has been passed over cold coils. Central air conditioners are powered by a gas furnace or an electric heat pump. It circulates cold air through a system of ducts typically located in your attic or basement to keep your living spaces cool and comfortable.

What Are the Key Differences Between Forced and Central Air Systems?

Forced air and central heat systems are safe when installed and maintained correctly. They are designed with safety features integrated into the system to keep you safe and warm. Even though most forced air systems in houses only have one thermostat that may be used to raise or lower the temperature, the system is usually protected against overheating, melting, burning, or starting fires in the ductwork or appliances by many overheating sensors.

Despite these precautions, the forced air system might be viewed as harmful since it employs the blower of the central heating device, which burns fuels like oil or gas to produce heat. Additionally, forced air systems rely on a network of ducts to distribute heated or cooled air throughout your home. If these ducts are not properly sealed, they can leak harmful gases like carbon monoxide into your home.

Some people are also concerned about the cleanliness of the forced air passing through unclean ducts, even without the forced air’s potential to scorch and burn them. Dirty ducts could be a severe health hazard and should be professionally cleaned every few years.

On the other hand, central air is a lot cleaner because it doesn’t rely on forced air to circulate cooled or heated air throughout your home. Central air uses either a blower fan or an electric pump to move air through a system of ducts and vents.

So, which system is the best for your home? The answer to that question will depend on various factors, including the size and layout of your house, the climate in your area, and your budget.

However, if you’re still unsure which system is right for you or have other questions about heating and cooling, Daigle Plumbing Heating & Cooling serving Windham can help! We are experts in installing and maintaining residential and commercial HVAC systems.

Get a free estimate today!

Get Your Free Estimate
Chat With Us

Say Goodbye to All Your Plumbing, Heating, and Cooling Problems!

Get Your Free Estimate